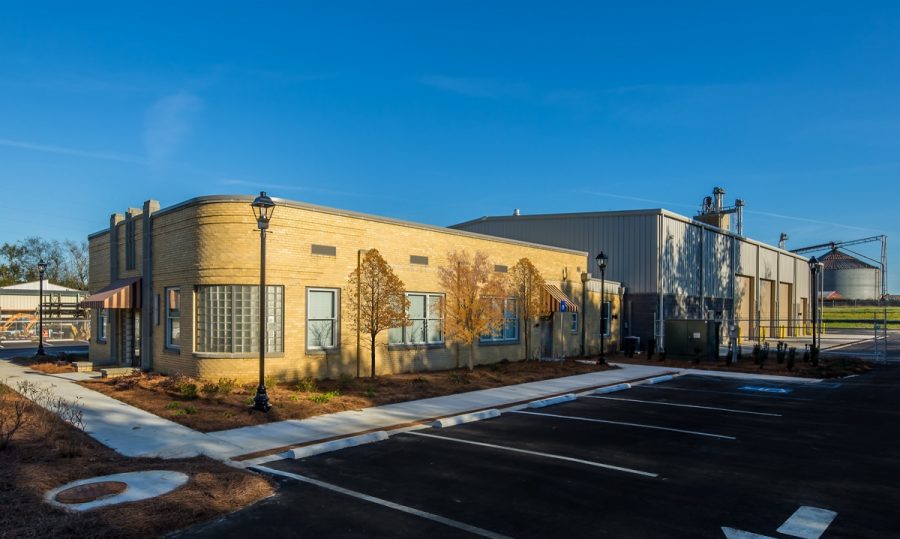 The Waynesboro Public Works Facility was originally constructed in the early 20th Century as a food locker plant.  The historical building contained freezer lockers that were then rented out to the general public for the storage of meats and other frozen goods.

The scope of the Waynesboro Public Works Facility involved a complete renovation of the old historic freezer locker plant building.  A portion, on the rear of the building, was demolished, the rest of the building was gutted for renovation and new mechanical,

electrical, and plumbing systems were installed.  All of the existing windows except the glass block windows were replaced and a new entrance was constructed on the facility’s front.  The project also included the construction of a new vehicle maintenance shop facility on the back of the property that is connected to the office building portion.