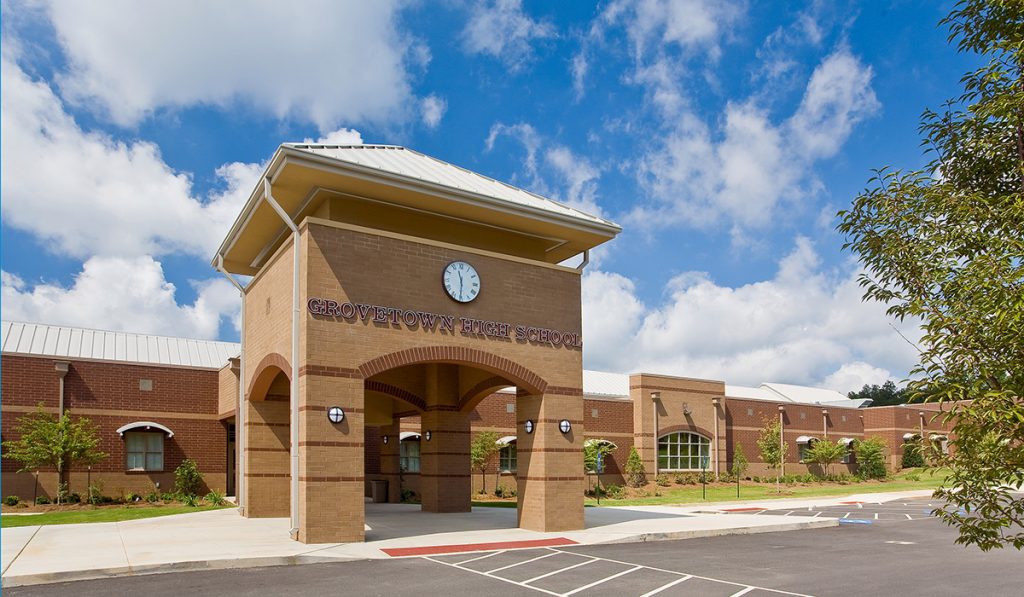 R.W. Allen was the selected to serve as the General Contractor for the Grovetown High School construction endeavor, located on a 70.4-acre campus in Columbia County.

The project involved the construction of a new single-story,230,000 square-foot high school facility and 11 additional support structures for the school’s athletic facilities, including dugouts, scoring towers, field houses, ticket booths and restroom facilities. The new Grovetown High School serves as the largest school in Columbia County, representing a tremendous rezoning effort that pulled approximately 1,100 students from the area’s four existing high schools, thereby eliminating overcrowding in the county. The exterior skin of the building consists of multi-colored brick, the roof is a combination of TPO and EPDM, and the structure is a combination of pre-engineered steel, lead bearing masonry and steel bar joists. The mechanical system is comprised of packaged units, split system in the administrative areas and bar units in the classrooms.

Other features of the new high school include a new media center, auditorium, choral/band room, gymnasium, cafeteria and commercial cafeteria, in addition to five classroom wings. The new, state-of-the-art school facility opened its doors to students on August 10, 2009.